The 468PTR is the next generation rifle with the most realistic features and functions that have ever been engineered. The 468PTR was designed by Omar Macy, a renowned firearms engineer, for the sole purpose of military training which replicates a real firearm’s trigger pull, trigger reset, and trigger weight. It took nearly 5 years to perfect every aspect of a real firearm rifle and is covered by more than 10 patents granted by the United States Patent and Trademark Office.

Based on our revolutionary 468 Bolt Action Sniper DMR is the bolt action precision armament of choice for marksmen and professionals training for designated marksman roles. This is a custom-engineered bolt action rifle that accepts standard DMAGs as well as Helix Mags and is capable of shooting stable velocity consistency with high quality shaped projectiles. Whether training as a professional marksman, playing as a sniper, or simply deploying into open play, the DMR will provide unparalleled accuracy, extremely quiet operation, and the realism you expect from all RAP4 milsim guns.

The 468PTR is made by forged 7075 Aluminum, the same process and material as standard firearms for everlasting durability, reliability and performance.

All DMR now come with the latest Gen2 valve for greater consistency for those incredible 100 yards + shots, see the difference in the VALVE video

**DMR is designed for Shaped Projectiles. If you shoot paintball, it will require strict ball sizing.**

The 468PTR has 10 Year Warranty due to it being battle-proven by professionals and surviving a series of torture tests.

**DMR is designed for First Strike Rounds and Shaped Projectile, if you shoot paintball - it requires strict ball sizing.** 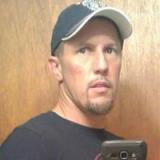 James Olmsted Verified Buyer
Dec 26, 2020
Awesome!! Exactly what I expected. Cant wait to shoot it. And it came 3 days early!!
0
J
Joshua Sink Verified Buyer
Jul 1, 2018
I wanted to own this weapon system for a while before I wrote review.

My first impression was the look and the feel of the weapon. Not only is it beautiful to loo...view morek at, the attention to detail is incredible. Every part of the gun looks amazing. The feel of the gun is equally incredible, it is an absolute 1:1 AR platform. If there is any plastic on this weapon, I can’t locate it.

The bolt movement is clean, the the trigger pull is crisp, almost a surprise when pullled.

Critiques: You really can not fire from a prone position with the 20 round magazine, I have not tried, but would believe that the 14 round will solve this problem. I would like to see a 10 round magazine available.

Since there are no mil dots in the scopes reticle, the optimizer that it comes with works well for adjusting for distance. The Optimizer it’s self does require being mounted with the bolt in mind. I choose to mount it behind the bolt so I had a full view through the scope.

Personally, I’m a function over form kinda guy, the suppressor looks really cool... but that is really all it does. There was a threaded end in the box, but it did not fit the threads on the barrel. For myself personally, all the suppressor really does is take up space and get in the way while I’m working my way to my final firing position.

The only modification that I made was to paint the weapon system, there are no perfecty strait black lines in nature. But then again that is the nature of being a designated marksman.

The range is incredible, definitely accurate for long shots. I would absolutely recommend this weapon to anyone that wants to pick off targets from the brush, I wouldn’t hesitate to buy it a second time. view less

2
I
Ivan robertson Verified Buyer
Mar 29, 2018
This is the best marker I've ever shot. The accuracy is ridiculous, which is in part due to low variance in velocity, I was at a +/- 5 FPS. I got the 20 inch one shoot barrel and the remote line stock. Would highly recommend getting the Thordsen FRS-15 Gen III stock (...view morewww.thordsencustoms.com/frs-15-gen-iii-upgrade-kit-black/), with the cheek riser. Makes the marker look great, and it gives you plenty of clearance for your head, removing the need for a riser. There is a bit of a learning curve to this marker, in terms of how it works and how to maintain it, but once you got that taken care of it you'll love it.

I got 2 negatives for this marker. The silencer that you can buy with it messes a lot with the velocity on the 20 inch barrel. To a degree of +/-15 FPS. I wouldn't recommend getting it. Also the bolt in this marker is made up of 2 parts, on the screws holding them together wasn't tight enough, so after shooting for a while the bolt had actually expanded to a point where I couldn't move it back. Nothing that you can fix yourself, but I think speaks more to the learning curve of this gun and that MCS might be a bit sloppy in the assembly.

My first day shooting it, I had a 5 inch spread at 80 yards. Super impressed and glad that I went with this marker and the competitor.  view less

1
Load more
R Ryan 2 years ago
Q: Im looking at what comes with the package and i was wondering why is some items red? Does it not come with the gun?

MCS 2 years ago
A: The red text are clickable links
Answer
A Andrew Parker 2 years ago
Q: What is the size for paintballs/peppershot and can you shoot rubber balls

MCS 2 years ago
A: It shoots .68 caliber, yes you can shoot rubber balls
Answer
A Andrew Parker 2 years ago
Q: Can this rifle shoot paintballs instead of the solid rounds and if so what size are the paintballs

MCS 2 years ago
A: Yes you can, best size of paintball is .687
Answer
L Lester Somarriba - Verified Buyer 2 years ago
Q: Why the handguard and barrel that show in the webpage is not the same as show in the you tube video ? Because i want exacly that i see en the you tube video
L Lester Somarriba - Verified Buyer 2 years ago
A: We can make it exactly as the one in the video, just let us know and we can make it for you.
Answer 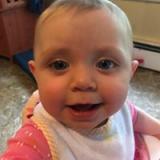 Raymond Giraud 3 years ago
Q: How does this setup work with a dye I5 or and Empire EVS? Seems low to the floor to be able to use the scope.

Raymond Giraud 3 years ago
A: You can add a riser like this to match your sight requirements https://mcsus.com/products/20mm-look-thru-riser-mount
Answer

Back to 468 PTR Bolt Action DMR